Definition: Asperger’s Syndrome is a type of pervasive development disorder (PDD), which is a group of conditions that involve delays in the development of basic skills, and lack of socialization and communication. Asperger’s is often categorized as a specific type of Autism and the two terms are used interchangeably. As with Autism, Asperger’s can be overcome.


Symptoms: Because Asperger’s Syndrome is categorized as a specific type of Autism, it contains symptoms very similar to Autism. People with Asperger’s are often diagnosed at a young age. Early indications of Asperger’s include: 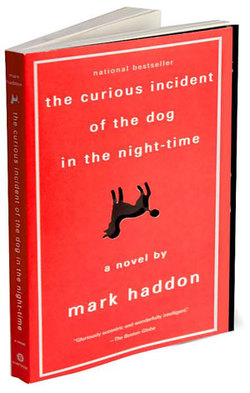 There have been several books written on autism. While there have been a plethora of non-fiction books, there have also been fictional books referencing autism. One book titled, "The Curious Incident of the Dog in the Night-Time," by Mark Haddon, is told through the viewpoint of an autistic boy. The boy tries to solve the murder mystery of a dog. Within the novel, one can catch a glimpse of how the mind of someone with autism works. Several symptoms of autism are implemented in the story. The boy:

-does not understand emotions

-does not understand orders

-does not understand abstract concepts

-is good at math and physics